by Safetynett and Jamie Flett 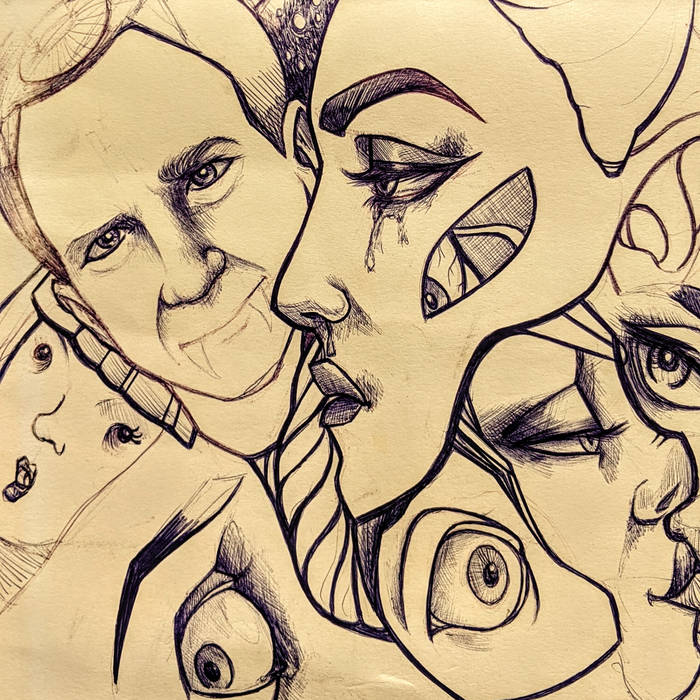 Hyperobjects is the second album in a series of three released by brothers Jamie Flett and Safetynett in 2020. It begins with moves away from the folkish storytelling and singer / songwriting tropes in which its predecessor, Dunbar’s Number, was still firmly rooted but the track list does go on to steer back towards songs. There are far fewer lyrics here initially than the duo’s previous release might lead you to expect as they push the exploration of atmospheres through texture and timbre. We wander through finding overlapping and vocoded vocals, extended structures where it’s not always obvious what’s a musical workout and what’s a carefully calibrated arrangement, live, sampled and programmed beats sitting next to each other, intertwining guitars, squelching synthesizers and illusory effects. Overall it’s a meandering, winding journey with plenty to try and take in on the way, which might be an impression left by the way this music evolved over a relatively extended period of time, then coalesced together rather than being a planned narrative. The result of haphazard writing, playing and recording sessions where nothing was off the table but often what was on the table was whatever happened to be on either brother’s mind or what instruments were set up that day.

Written, made and played by Jamie Flett and Safetynett (formerly [not very well] known as 'Feltt.')
Nobody can remember exactly who played what when..
Live drums played by Grant Anderson.
Occasional recording assistance / suggestions / meddling / moral support from Kevin McLaughlin.
Mastered by Robert MacLeod.

Featuring appearances from Kari Faux, Bluestaeb and and interview with NY-bred artist Wiki